This week I am doing a book review of Body Positive Power by Megan Jayne Crabbe.

Body positivity is something I have been interested in for a while, but online it seems to be a battleground which can make it intimidating for someone new, who wants to get involved.

We have on, the one hand, people who seem very confident in their bodies telling everyone that they should be too.

On the other, a whole bunch of trolls fighting the great keyboard fight in the name of health and morality.

What did we ever do before we could shout in text?

For some of us, we just want to stop hating our bodies.

Body Positivity may just be the ideology that helps us do that, but first of all, what the hell is it?

Body positivity is the idea that regardless of what your body looks like you deserve respect.

Many people argue that body shaming is just motivating people to live healthy lives. But diet culture is both physically and psychologically damaging, it’s anything but healthy and when it comes to other people’s bodies, just not any of your business.

Take it from a psych student, shame is not a healthy motivator in any case. It never has been and it never will be!

Can we shout a little louder for the people in the back?

Body shaming is sadly something that is prevalent in every area of society and yes you have probably engaged in it. I have too, my whole life.

But more recently I have been trying to be better.

All my life I’ve heard the rhetoric about fat. At college in sociology classes we have been challenged to look at it more critically, but how do you fight something you have been trained in since childhood.

I really loved the book. It is a combination of the arguments against diet culture, Crabbe’s own experience of being hospitalised with an eating disorder and her road to recovery. The book has tips on how you can get started with body positivity. The analysis of the research on health, obesity and dieting was particularly good. Science is not immune to bias, when you mix it with neoliberalism and capitalism; when profit is involved, it can and does turn dangerous.

Crabbe’s look at the current literature offers the reader context. Who funds the studies? What studies have be retracted or called out? Who is deciding what information you consume?

Have you ever thought of that? Who decides what you see, are you sure you do?

It’s interesting because when a big study comes out its statistics get thrown around left right and center, but when someone challenges the data, that is less reported on and so the original stats keep making the rounds.

Books like body positive power give us the opportunity to look at the evidence in comparison to other evidence and within the context it was compiled.

One of the things I liked most was the accommodations put in the book for people who might find its content triggering.

Where the author is writing from their experience there are lines dividing the pages, telling you where to read and where to avoid if you wish to.

Anyone reading a book like this might expect that it is a little triggering but anyone who have ever read distressing material can tell you that having some warning so you can decide whether to read on just this minute is extremely helpful.

If you live with an eating disorder and were hoping to read this book, look after yourself and consider where you are with your recovery before picking it up, it may well be triggering for you.

If you have decided that you can and would like to read it, know that efforts have been made to make it as safe as possible.

What I learned from the book.

One particular interaction stuck out for me, well pattern at least. New Years resolutions.

As I said at the start of this post, I have participated in diet culture and body shaming. You are taught that this version of “health” is the truth.

The problem is when one ideology becomes dominant, it begins to have effects outside of words.

Every year I see people I know publicly committing to some diet plan. They put their before and after pics up on social media declaring to be working for a healthier body and people comment congratulating them. I have congratulated them. I have always seen it as supportive. It isn’t.

Now I am committing myself to ignoring weight-loss photos. They are not good, they are not bad they are neutral.

A few months ago, you might remember Weight-Watchers releasing their app for children. I felt sick when I read about and more so when I read people comments in support of it. I understand the context and I understand that pressuring children into joining us in our body shaming obsession is just an attempt to convert the next generation into spending billions on empty promises and illness.

I refuse to play any part it that.

I think its analysis of the research is critical, comprehensive and absolutely needed. It’s thought and accommodations for those in recovery is fantastic and I think its tips for where you can begin are simple and doable.

Also there is a reading list in the back of the book if you couldn’t get enough.

If you are not aware, Megan Jayne Crabbe is on Instagram and twitter as Body Positive Panda, let following be your first step.

What do you think? (be nice about it)

This is my first read on body positivity, can you recommend any other books?

What kind of things do you do to combat body-shaming in your day?

Let me know in the comments. 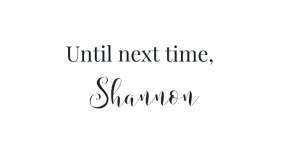 Note: I am monitoring the comments on this post carefully, if you are commenting to be cruel, I am the only person who will see your comment and I will delete it and not give it a second thought. It costs nothing to be kind.

My name is Shannon, I am a master's student in Community Research Plus Journalism by day and a blogger by night. I am also a psychology and sociology graduate. I write about psychology and lifestyle. I am passionate about writing articles that are interesting, fun and reliable . View all posts by Shannon Sweeney

Most of us know that spending time in nature is good for us—however, it’s more than that. Knowing about nature is also improves our wellbeing. And if lockdown has taught us anything, when confined, we retreat to nature in our own way.⁠
You'd never know I was only getting ready for a zoom meeting! 🤷‍♀️
Monday Psychology Quote. Particularly relevant right now I think!⁠
The news is essential for keeping up to date on events in the world. But how do we balance that need with protecting out mental health.⁠
Magazine day! Anyone else read paper magazines?
Things are tough right now, but the only way through is together.
Follow Girl Down a Rabbit Hole Blog on WordPress.com