I had been really looking forward to this book coming out.

For those of you who don’t know, the Hormone Diaries: the Bloody Truth About Our Periods by Hannah Witton is a book about our lifelong hormone journey from puberty to menopause.

Hannah Witton is a Youtuber, who makes videos about contraception, periods, body positivity, disability and all things sex education.

This is Hannah Witton’s second book, her first being Doing it released in 2017.

The Hormone Diaries started as a series documenting Witton’s experience of coming off the pill. The concept developed into disorders, check-ups and a particularly amusing episode on menstrual cups.

This is where I got interested (the whole concept, not just the menstrual cup). I loved the fact that someone was talking about periods because I had never seen that before.

Of course one of the internets finer qualities is its ability to bring out into the open taboo topics that really shouldn’t be hidden. There are now plenty of people writing and talking to their cameras about their hormones. My favourite is still Hannah Witton’s channel.

So when it was announced a few months ago that the hormone diaries was going to be a book, I just about did a dance. 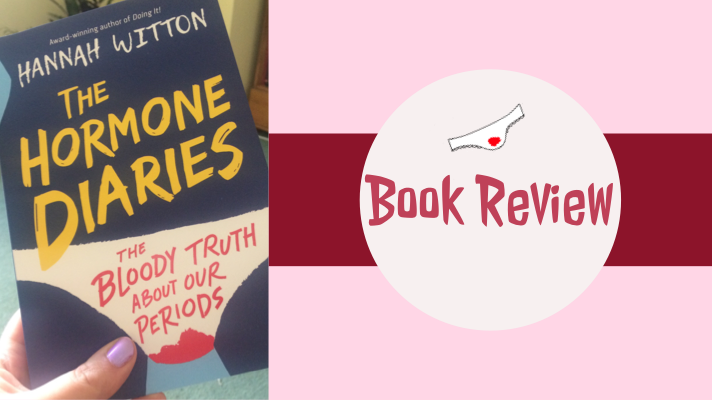 The book is divided into five parts. Periods, contraception, disorders, being trans and pregnancy.

Each section is written with information about each topic, researched by Hannah Witton and punctuated with diary entries written by viewers about their experiences.

While many topics like contraception are very much in the public view at the moment, this book doesn’t stop there, talking about lesser seen issues like vaginismus, and language around periods and gender.

While I would put this book in the category of health, it is not a medical book.

The point of the Hormone Diaries is the sharing of experience.

The book where possible uses gender-neutral language which of course is not something commonly done when talking about menstruation.

Yes I am looking at you Always.

The book is for anyone. It does not matter if you possess a womb or not. You either have one or know and love somebody who does.

More importantly than that everyone knows something about all of the sections of the book but not everyone has the correct information. Not everyone is comfortable talking and asking questions and lots of people are curious.

This book is here to help.

It was everything I had hoped. I personally know a fair amount about this stuff but I still learned loads from it and laughed while I did.

Hannah Witton writes as she talks and that is something I love because it’s friendly, full of wit and that’s the best way to learn anything.

What I think I liked the most is the diaries though. It is amazing what you can learn from people going through some of the same things as you.

Also, the cover is pretty cool.

I’m giving the Hormone Diaries: the Bloody Truth About Our Periods five out of five

I bought my copy on Amazon. You can get yours wherever you get your books.

Have you read the book or planning to?

What do you think? As always let me know in the comments.

Also, if you would like to know what I am currently reading, I have added the Goodreads widget to my homepage. If you are interested head over there and find out.

One thought on “Book Review: The Hormone Diaries by Hannah Witton”